No #1 Digital Marketing IT Company Services 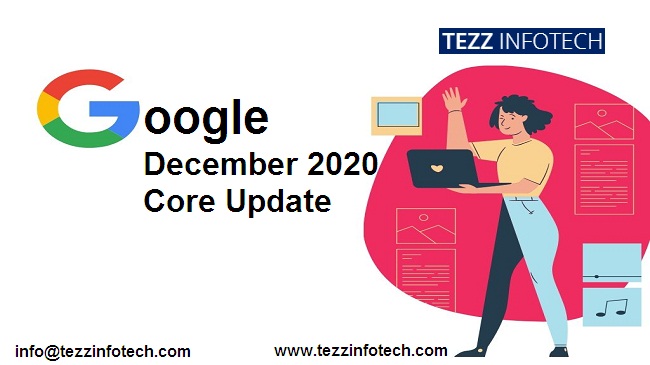 Historically, Google has released a core Google algorithm update every few months or so. It has been just about seven months since the May 2020 core update, which took place on May 4, 2020. So this one took a lot longer than previous updates to roll out.

The announcement. Here is Google’s tweet announcing it, where Google said “later today, we are releasing a broad core algorithm update, as we do several times per year. It is called the December 2020 Core Update.”

Later today, we are releasing a broad core algorithm update, as we do several times per year. It is called the December 2020 Core Update. Our guidance about such updates remains as we’ve covered before. Please see this blog post for more about that:https://t.co/e5ZQUAlt0G

Roll out started at 1 pm ET. Google has updated us that Google has begun rolling out this December 2020 core update at around 1 pm ET, which is two and a half hours after Google said it would roll out.

Google said “the December 2020 Core Update is now rolling outlive. As is typical with these updates, it will typically take about one to two weeks to fully roll out.”

Previous updates. The most recent previous core update was the May 2020 core update, that update was big and broad and took a couple of weeks to fully roll out. Before that was the January 2020 core update, we had some analysis on that update over here. The one prior to that was the September 2019 core update. That update felt weaker to many SEO and webmasters, as many said it didn’t have as big of an impact as previous core updates. Google also released an update in November, but that one was specific to local rankings. You can read more about past Google updates over here.

What to do if you are hit. Google has advised on what to consider if you are negatively impacted by a core update in the past. There aren’t specific actions to take to recover, and in fact, a negative rankings impact may not signal anything is wrong with your pages. However, Google has offered a list of questions to consider if your site is hit by a core update. Google did say you can see a bit of recovery between core updates but the biggest change you would see would be after another core update.

Why we care. Whenever Google updates its search ranking algorithms, it means that your site can do better or worse in the search results. Knowing when Google makes these updates gives us something to point to in order to understand if it was something you changed on your web site or something Google changed with its ranking algorithm. Today, we know Google will be releasing a core ranking update, so keep an eye on your analytics and rankings.

You are in the right place hence Tezz InfoTech is the best SEO Company in Surat. We have the experience, expertise in SEO and knowledge necessary to handle all of your SEO needs. From keyword research and competitor analysis to audience segmentation and both on-page and off-page SEO, we’re dedicated to ensuring your success. Contact us today to get started with SEO Services in Surat, Gujarat.